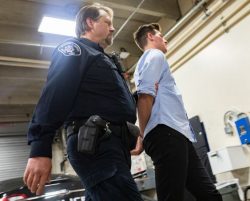 Corrections Officers (COs) are often tasked with guarding dangerous offenders awaiting trial and sentenced inmates. *In the United States, there are over 3,100 local jails and, as of 2016, the population among those jails was 740,000 inmates. In jails, inmates come and go frequently whether it be through work-release, weekend sentences, court dates or general release.

COs are tasked with managing multiple jobs at once while on duty, from managing the inmate’s booking and processing, to jail management and release. From time to time, CO’s have to put their safety on the line to mitigate violent breakouts and investigate the cause and perpetrators involved. It is especially in these times when COs rely heavily on their equipment to keep them safe.

Many jails around the U.S. are still operating with antiquated technology and outdated systems, which means instead of technology acting as a force multiplier, life-threatening events can leave officers with less room for mistakes. With understaffing and budget restraints being a major hindrance on how jails operate, an end-to-end security and management system is something departments can look into to improve the safety and efficiency of operations.

The Connected Jail by Motorola Solutions provides jails with the enhanced technology for corrections officers when working within a jail system. The Connected Jail is an end-to-end nervous system that enhances safety and enables departments to maintain control of their operation. It requires a combination of technologies working together, powered by a robust jail management platform.

Connected Jail speeds up the booking process once an inmate arrives at the jail, with pre-booking forms automatically pulled from PremierOne Records. CommandCentral Jail uses an agency-specific booking checklist. All necessary systems needed for booking are seamlessly integrated. Once the process is completed, records are synced to PremierOne Records and dynamic assessments help place an inmate with the proper accommodations and supervision.

CommandCentral Jail easily allows officers to evenly distribute tasks to spread out the workload. Unlike antiquated systems, CommandCentral Jail also allows COs to easily plan out the day for inmates without sacrificing attention to detail. As inmates are moved and rounds are conducted, officers can update an inmate’s status with a barcode, as well as on a tablet with mobile access to CC Jail. APX Radios allow officers to communicate their movements with inmates to ensure safety and preparedness.

In the event of an incident, officers are well-equipped to diffuse and then investigate the situation with the help of mission-critical technology. Following the incident, officers go back to review the case file automatically created within the CommandCentral Vault software.  With Vault, the department can review video from both their body-worn cameras and Avigilon Stationary Camera system. COs can then add the involved inmates to a watchlist within FaceAlert from Vigilant, providing real-time alerts for inmates in unauthorized areas.

CommandCentral Jail ensures the right inmate is being released and credited with the correct time served. Officers can authenticate inmate identification with biometric verification during the release process. The time served, intake, and release records are synced with local departments using PremierOne Records so that everyone is up to date.

While awaiting trial, inmates are held while the case progresses and the investigation is continued. Calls are monitored, recorded, and stored in CommandCentral Vault to be reviewed to see if the inmate implicates accomplices or reveals critical evidence. Automated License Plate Readers also scan each vehicle visiting the jail to see if it has any warrants out for the arrest of the driver.

The Connected Jail is here to support COs, whether integrating with existing systems through a tiered approach or building a new system from the bottom up.

*US Bureau of Justice Statistics 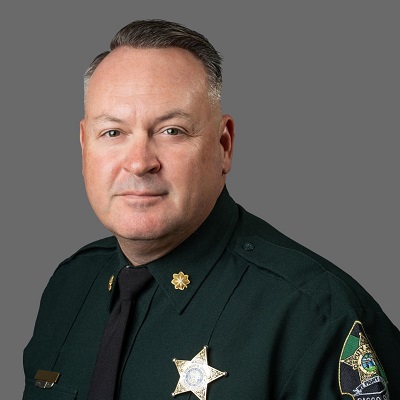