Meet the 2018 IACP / Motorola Solutions Trooper of the Year Finalists

“Motorola Solutions is proud to partner with the International Association of Chiefs of Police to honor the selfless work being done in police agencies every day around the world,” said Jim Mears, senior vice president, North America Market, Motorola Solutions. “Men and women in state and provincial police agencies know the situations they face can change in an instant, yet they continue to put their lives on the line to help keep their communities safe. Motorola Solutions humbly recognizes the brave efforts of our four finalists and the sacrifices made by all law enforcement.”

There were many submissions detailing the courageous, dedicated acts of troopers in state and provincial agencies that exemplify what it means to serve and protect their communities.  This year’s regional finalists are: 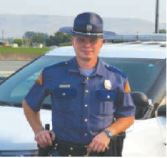 On October 23, 2017, at approximately 9:00 pm, Trooper Nathaniel Dawson of the Washington State Patrol attempted to conduct a traffic stop on a black sedan going 69 MPH in a posted 55 MPH zone. Instead of stopping, the driver led Trooper Dawson on a six-minute pursuit with speeds exceeding 100 MPH.

The sedan pulled off the road into a residential driveway, where two gunmen armed with AK-47 assault rifles immediately exited both sides of the car and began to fire at Trooper Dawson and his patrol vehicle. Trooper Dawson exited his vehicle just as multiple rounds began to strike the front windshield, grill, and driver’s seat of his car – 38 in total. He returned fire and wounded the suspect driver.

Despite the hail of bullets penetrating his vehicle, Trooper Dawson calmly keyed his microphone to radio for assistance. While other local officers were on their way to the scene, Trooper Dawson continued to surveil the area to ensure he was not being advanced upon. The suspects fled into the dark and away from Trooper Dawson.

Trooper Dawson’s decision to return fire likely deterred the suspects from further advances and motivated them to retreat and discontinue their attack. His immediate response prevented the suspects from entering the home nearby and harming the residents. The suspects were apprehended a few days later.

On the morning of August 1, 2018, Trooper Austin Albright of the Virginia State Police and his canine partner, Vader, were traveling along the interstate in their unmarked car. Trooper Albright noticed a car occupied by a male and female that kept slowing down and speeding up. Upon running the tags, the vehicle came up stolen out of Connecticut.

Trooper Albright ran back to his car to find the unthinkable – one of the bullets that penetrated the windshield had fatally struck Vader. During the fast-paced pursuit and numerous shots fired, Vader never retreated to the safety of his cage and stayed with his partner through it all, making the ultimate sacrifice in the performance of his duties. The shooting suspect, who later succumbed to his injuries, was “Public Enemy Number One” for the New Haven, Connecticut Police Department for the shooting death of a Connecticut woman and the first-degree shooting of his wife. Trooper Albright utilized his training and valiantly put his own life at extreme risk in order to protect the public from an extremely dangerous individual.

On the morning of January 24, 2018, Trooper Cody King of the Michigan State Police was part of a team that was executing a search warrant at a residence belonging to a suspect involved in a cold case murder investigation. When the officers made contact with the suspect at the door, the suspect grabbed a long gun and leveled it at the troopers in a threatening manner.

Trooper King and the other troopers quickly reacted by taking cover and setting up a perimeter around the residence while they waited for the Emergency Support Team to arrive. After about an hour, the suspect charged out of the back of the residence, armed with a long gun and a handgun, and began firing in the direction of the troopers surrounding the house. During the exchange of gunfire, Detective Sergeant Aaron Steensma was struck in the chest and seriously wounded.

On April 26, 2018, suspect Anthony Lamar Carter kidnapped Kaylea Renee Butts in Norman, Oklahoma. A 911 call and a description of the vehicle had local law enforcement on high alert. The suspect was stopped in Oklahoma, but quickly sped away prompting a multijurisdictional pursuit.

When Carter crossed the border into Texas, the Highway Patrol stepped in to assist with the high-speed chase. The pursuit involving several law enforcement agencies ensued for approximately 35 miles, reaching speeds of up to 150 MPH. Near the conclusion of the pursuit, Corporal Joshua Moer of the Texas Highway Patrol was the lead unit. As the suspect’s vehicle came to a stop after officers spiked the vehicle’s tires, Ms. Butts exited the vehicle in an attempt to escape. The suspect immediately exited the vehicle, chased and tackled Ms. Butts, and began violently stabbing her with a large knife.

After determining the suspect was no longer a threat, Corporal Moer ran over to Ms. Butts and started providing ﬁrst aid to her while Trooper Clopton ran back to his patrol car to retrieve his ﬁrst aid kit and call for medical assistance. Corporal Moer, Trooper Clopton, and several other ﬁrst responders provided ﬁrst aid to Ms. Butts until EMS arrived and transported her to the hospital. Ms. Butts had 13 stab wounds and lost about ﬁve pints of blood. Due to the quick and decisive actions of Corporal Moer to stop the suspect’s assault on Ms. Butts and the immediate ﬁrst aid provided to her, Ms. Butts survived the aggravated assault. Corporal Moer displayed leadership and courageousness, which saved the life of Ms. Butts.

“IACP is proud to honor those law enforcement officers who go above and beyond to serve their communities, putting their lives at risk each day,” said IACP President Paul M. Cell. “Congratulations to our finalists Trooper Dawson, Trooper Albright, Trooper King, and Corporal Moer for their heroic actions and dedication to public safety. We appreciate the selfless courage, commitment, and professionalism displayed by all of the finalists. They are exceptional examples of the heroism displayed by law enforcement officers across the globe. On behalf of the entire association, congratulations and thank you for your public service.”

IACP and Motorola Solutions hosted a reception honoring the finalists on March 22 that the 2019 Division Midyear in Austin. We would like to congratulate all of the finalists and the 2018 winner Corporal Moer.

To learn more about Motorola Solutions and how  they are helping law enforcement in the moments that matter visit www.motorolasolutions.com/LawEnforcement. 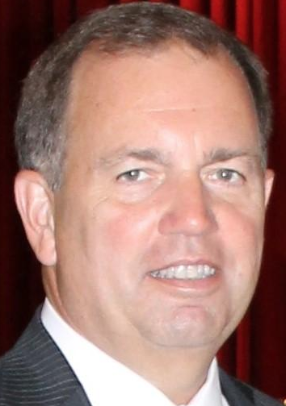 Tom Miller is a public safety professional with a unique combination of public and private sector leadership experience. He joined Motorola in April of 2007 after serving a 25 year career with the Michigan State Police where he retired as Senior Deputy Director.