9-1-1- Evolution: A Tale of Public Safety in the Music City 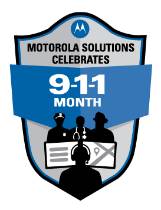 In the late 1970s, two rookies were getting their start in emergency services in Nashville. Rick Beasley worked in the dispatch center where he would write notes about emergency calls on an index card and send the card up a conveyer belt to dispatchers who would radio out the call. Over at the fire department, Lester Kelton was a young firefighter, responding to calls that Beasley wrote out on index cards.

Over the years, the two have watched Nashville flourish and grow into Music City, transitioning from a fun town for music into a global tourism center for entertainment. They’ve also watched technology change their jobs dramatically, bringing world-class solutions to the jobs they both love. Beasley is now an emergency communications officer for the Metro Nashville Emergency Communications Center (ECC) and Kelton is the fire chief. They both operate PremierOne™ Computer Aided Dispatch (CAD) and Premier Mobile Data Computer (PMDC) with such efficiency that it would have looked like science fiction back in the 1970s. 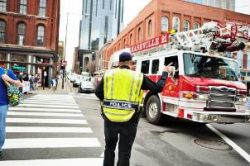 Today’s Dispatch Center
These days, Beasley operates a bank of computer screens that are capable of delivering a comprehensive view of nearly any situation that can happen in the Greater Nashville area. He can identify an address or location, and from that information, pull up a map that gives him an overview of the address along with specific notes about hazards or potential problems with the location.

If a call comes in about a building fire, Beasley can pull information from the system that will tell him which of Kelton’s fire trucks to send and simultaneously send an alarm to the exact crew members that need to be on the trucks so that only the personnel who need to go on that call get that call – leaving the rest of the fire crew to their much-needed rest. Beasley can also send detailed maps and hazard information about the building to Kelton’s crew so they can begin thinking about how to fight the fire even as they drive to the scene. If another call comes in about an injury at that same fire, Beasley can attach a note to the original call and check GPS locations to look for the nearest EMS crew to send to the scene, saving valuable minutes for the direct care of a potential burn victim.

For Kelton, services like these mean he can rest easier at night. Fear of the unknown is a firefighter’s worst enemy, so the more information his crew can access as they arrive on the scene, the better the chances of putting out the fire safely. For Beasley, it means increased job satisfaction – access to information and the ability play such an important role in critical situations empowers everyone in his department to be their best on every shift. For Nashville, well, they might not even notice, but it usually means a smoother commute and workday for residents, and an enjoyable visit for tourists, as well as bragging rights for being one of the most forward-thinking “small towns” in America when it comes to public safety.

What’s next?
Because the Metro Nashville ECC has established a reputation as being an early adopter of new technologies, the team is looking forward to implementing the next phase of Next Generation 9-1-1 technology. When implemented, citizens will be able to send 9-1-1 text messages and the system will also support images and video files. Mobile GPS technology will help dispatchers locate 9-1-1 callers who may be visiting from out of town or who don’t know where they are, ensuring an even faster response for residents and tourists.

As Beasley and Kelton consider the implementation of this next phase, there are probably two rookies just sitting down for their first training sessions, preparing for a long career in Nashville. Hopefully, they’ll watch as Nashville cultivates its music scene and becomes an even greater tourist destination, and see new and innovative enhancements that keep the city focused on music while they keep watch behind the scenes.