No matter what seat you are reading this from, it is an undeniable fact that Detroit has had a lot of bad press in past years. However, the city of Detroit is making a comeback in a strong way. In addition to a developing technology scene and momentous renovations across the city, the proud men and women who serve and protect this city are combating and reducing violent crime in unprecedented ways.

In assessing the state of the city two years ago, we discovered that at least 25% of our violent crime occurred in and around gas stations. That was the driving force for Project Green Light. Piloted in January 2016, this program equips high-crime gas stations around the city with security cameras that stream live video feeds directly to analyst positions equipped with Command Central Aware at our real-time crime center.

The innovative technology that CommandCentral Aware brings to the table, coupled with our real-time crime center has revolutionized how we respond to crime. We now can patrol virtually, viewing activities as they occur and simultaneously communicating with those in the field, enabling a safer, more informed response.

Analysts on “virtual patrol” have the ability to alert officers over the radio about crimes in progress, essentially communicating out specifics about the location and suspects involved and even sending out pictures and videos to help those in the field make better decisions about how to approach each situation.

In the last seven months alone violent crime has dropped 50% at the eight pilot gas station locations as a result of Project Green Light. Our citizens are feeling safer and have even taken refuge at these locations using them as safe havens until help arrives. Project Green Light Detroit is just another example of our commitment to making the city of Detroit among the safest in the country.

See how the future of Detroit is evolving and how Project Green Light is helping Detroit Police Department renew hope through a safer motor city at motorolasolutions.com/detroit. 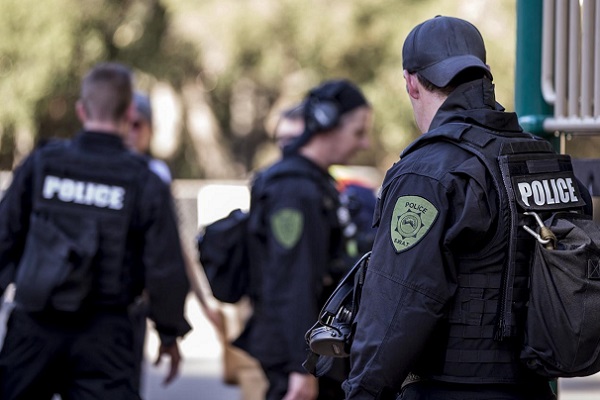