It has been more than a decade since the Hoover, AL Police Department first introduced license plate recognition (LPR) technology to their operations. Initially put in place to enhance interdiction efforts, LPR technology has now become a fundamental part of the city’s policing efforts.

Years ago, the town selected Vigilant (now a part of Motorola Solutions) as their LPR provider for cameras and Vigilant PlateSearch Technology because their products went beyond the capabilities of traditional LPR to include advanced search functions and video analytics, as well as increased access to license plate detection data with simplified sharing and data retention. 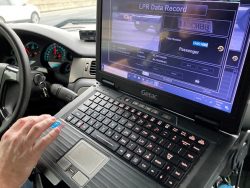 After installing the system, investigators recognized the value of the powerful analytics and imaging capabilities for investigations and began leveraging LPR as a resource in solving ongoing cases. As a proponent of intelligence-led policing, Hoover’s Police Chief Nicholas Derzis expanded the department’s LPR program footprint to include additional mobile camera systems, trailer cameras, fixed cameras, and even some quick-deploy cameras.

“Any Chief…before they invest a lot of money will want to see the benefit [a solution] can produce,” said Hoover Police Department’s Lieutenant Davis. “Lately, it’s been pretty simple because we solve so many crimes with LPR technology.”

Now, with more cameras installed throughout the nearly 50 sq. mile jurisdiction, the department has dramatically increased its investigative capabilities by being able to access powerful data that connects people, license plates, and locations.

According to Lt. Davis, “Vigilant PlateSearch is the cream of the crop” when it comes to searching for and investigating criminal activity. Motorola Solutions’ private LPR database is the largest in North America with over 35+ billion detections, growing at over 70 million a month. Hoover receives unlimited access to this LPR data via Vigilant PlateSearch, a part of the LEARN platform, to help generate investigative leads and close cases faster. “When I have a case, the first thing I’ll do is log into LEARN (Vigilant PlateSearch) and see what I can find for my suspect; to see if that way I can get any developments for my suspect,” said Lt. Davis.

With well-placed cameras, the department has been able to solve more crimes by being able to narrow down specific search areas and times. In one case, investigators were able to search footage from three cameras in a vicinity within a 15-minute window and immediately found a recording of the suspected vehicle arriving and leaving the scene.

Historically, criminals relied on the fact that police departments and jurisdictions across cities and states did not reliably share information. Serial offenders, particularly in metropolitan and surrounding areas, often travel to different locations to commit similar crimes.

After implementing the expanded LPR system, Lieutenant Davis experienced a number of examples that proved how it can help quickly catch these and other criminals.

“In the first month or so after we got the LPR systems, we were sitting on the interstate doing interdiction,” said Lt. Davis. “A truck went by that was stolen out of North Carolina, but it was a Florida plated truck. So we pull the person over and take the guy into custody for receiving stolen property. The next morning we received a call from a North Carolina police department investigator asking if I’d arrested this guy. It turns out that the person was a suspect in a murder investigation there.”

The suspect was extradited immediately. “Our LPR systems make us much quicker,” explained Lt. Davis. “The tag was even hard to see because his tailgate was down but the LPR system had no problem. I would never have seen that tag without it, period.”

“We had a rash of drugstore burglaries, which were happening all over the Southeast,” he explained. “We had moved one of our LPR trailers up highway 150, which is a major thoroughfare between our city and the neighboring area, for another reason. But during that time period, the suspects broke into a store just up the road from the trailer. We pulled all the scans around the time of the reported burglary and found about 18 possible vehicles. After looking at them, we found one had been rented in a neighboring state and all along the route it took to Hoover were drugstore burglaries. After some investigative work, we were able to work with surrounding jurisdictions to ID the perpetrators and they were soon arrested, stopping an interstate theft ring of drugstores. Our LPR system has been very, very effective at solving that kind of case.” 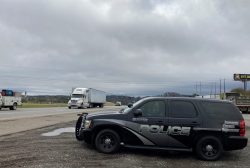 Hoover PD investigators have had great success using Motorola Solutions’ LPR technology when their evidence turns up a description of a vehicle but not the license plate number, or the license plate number has been obstructed. Using the LEARN database they can search by year, make, model and color to pull up every vehicle that matches a specific description. Even in near-zero visibility or complete darkness, officers can quickly obtain and assess clear, high-quality imagery and their vehicles. As Lt. Davis explained, “for us it’s hard to read a plate in the middle of the night. But that is not an issue for these LPR cameras.”

Lt. Davis considers Hoover’s LPR systems to be “the most beneficial tool we have right now for solving crime. For our investigators, LPR technology went from something never used by detectives, to be the first thing they consult for intel. As long as this technology is used correctly, I see it as being a great tool for years to come.” 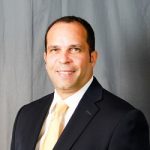 Dave retired from the NYPD after serving 20 years as a Detective 2nd Grade, serving in the Narcotics division, Criminal Intelligence and Information Technology. His unique combination of investigative and technical skills made him an integral part in creating the nation's first "Real-Time Crime Center" (RTCC). As a member of the Customer Training and Development team he has provided training to law enforcement agencies and enterprise customers across the country for over three years.