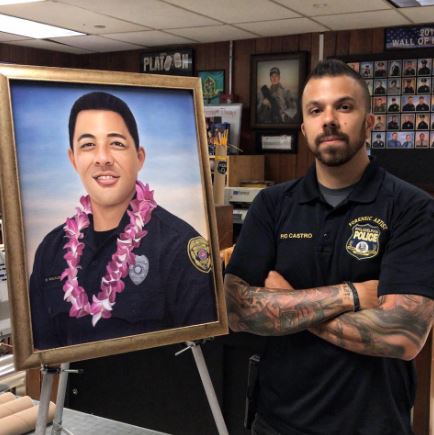 The Moments of Heroism campaign provides an opportunity to hear the untold stories of fallen and active officers that should be recognized for their bravery. Recently, a unique submission introduced us to Officer Jonny Castro of the Philadelphia Police Department. In his free time, Officer Castro honors fallen first responders with custom commemorative portraits, provided to their families at no cost. When we saw his impressive work, we wanted to hear his story firsthand.

Question (Q): Why did you decide to work in law enforcement?

Officer Castro:  I served as a Military Police Officer in Iraq from 2004-2005. We did everything from detainee operations to running convoy security operations in around the Abu Ghraib Prison just outside Baghdad. When I got home, I wanted to continue serving in a law enforcement capacity, so I applied to the Philadelphia Police Department. Within a few months of returning home, I found myself accepted into our Police Academy. I don’t think I would have chosen an occupation as a police officer had I not deployed overseas during Operation Iraqi Freedom. 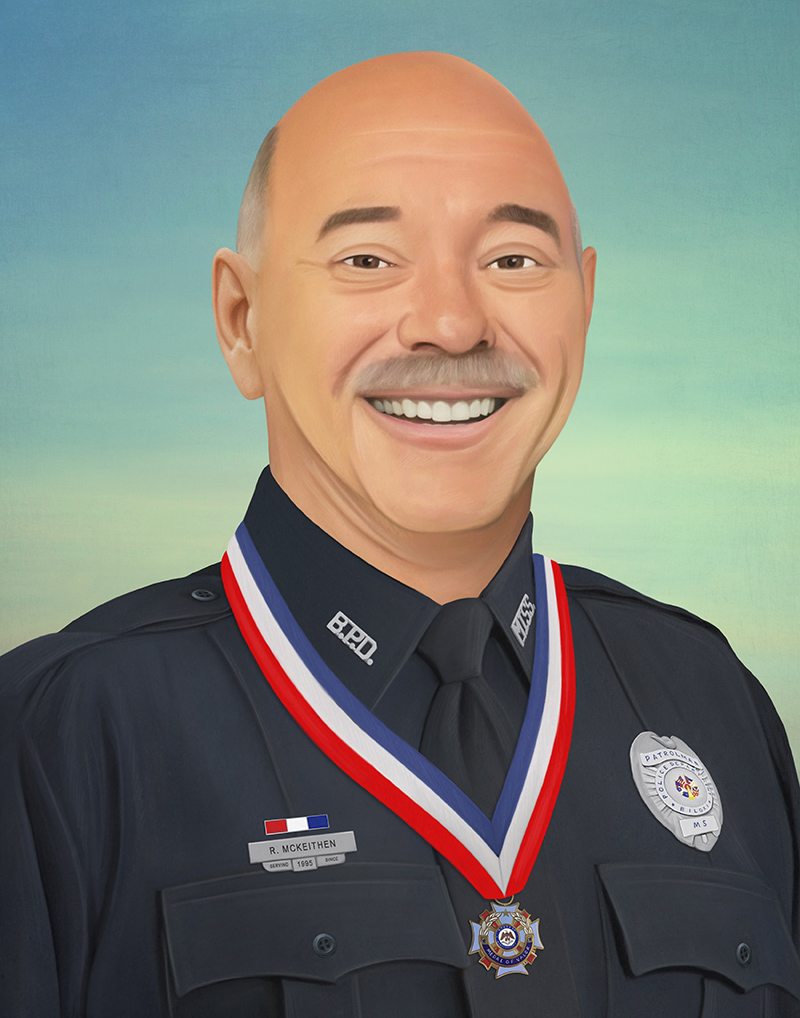 Q: What motivates you as a law enforcement officer?

Officer Castro: Helping others should always be the motivation of every police officer. Whether it’s chasing down a suspect or improving the community you serve, being able to make the life of someone else better is a wonderful feeling. I don’t work in a patrol capacity anymore, so I’ve decided that painting portraits of our fallen heroes is the best way to continue to serve the community.

Q: What was the reason you started painting fallen officers?

Officer Castro: I did my very first one by chance, as a way to provide the officer’s family with something that they could display in their home. After seeing their reaction, and the reaction from those who knew the officer personally, I made the decision to focus on painting portraits of the fallen full-time. I mainly focus on police officers killed in the line of duty, but I also do service members killed in combat, firefighters and victims of crime. I’ve done 431 portraits since March of 2016. 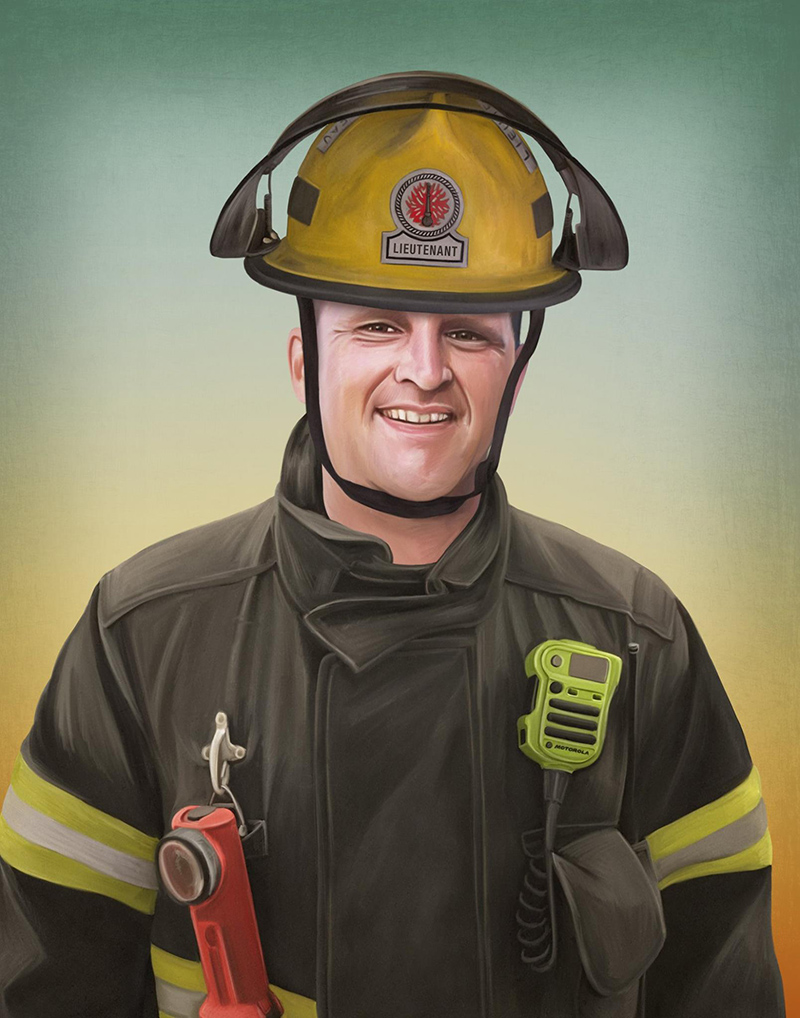 Q: Tell us about the first officer you painted?

Officer Castro: The first officer was Robert Wilson. Rob was an Officer with the Philadelphia Police Department when he was killed on March 5, 2015. He was purchasing a video game for his son as a reward for getting good grades in school. While he was inside the store, two armed suspects entered and announced a robbery. Without provocation, the men immediately fired on Officer Wilson. He drew their fire away from the customers in the store and engaged them in a gun battle. He was shot and killed in the process. For his bravery and valor that day, Rob was posthumously promoted to the rank of Sergeant and awarded the Medals of Honor and Valor. On the one year anniversary of his death, I decided to paint him wearing his Sergeant rank and all the medals that he earned. Since his family never had the opportunity to see him that way, I wanted to be able to give that to them. 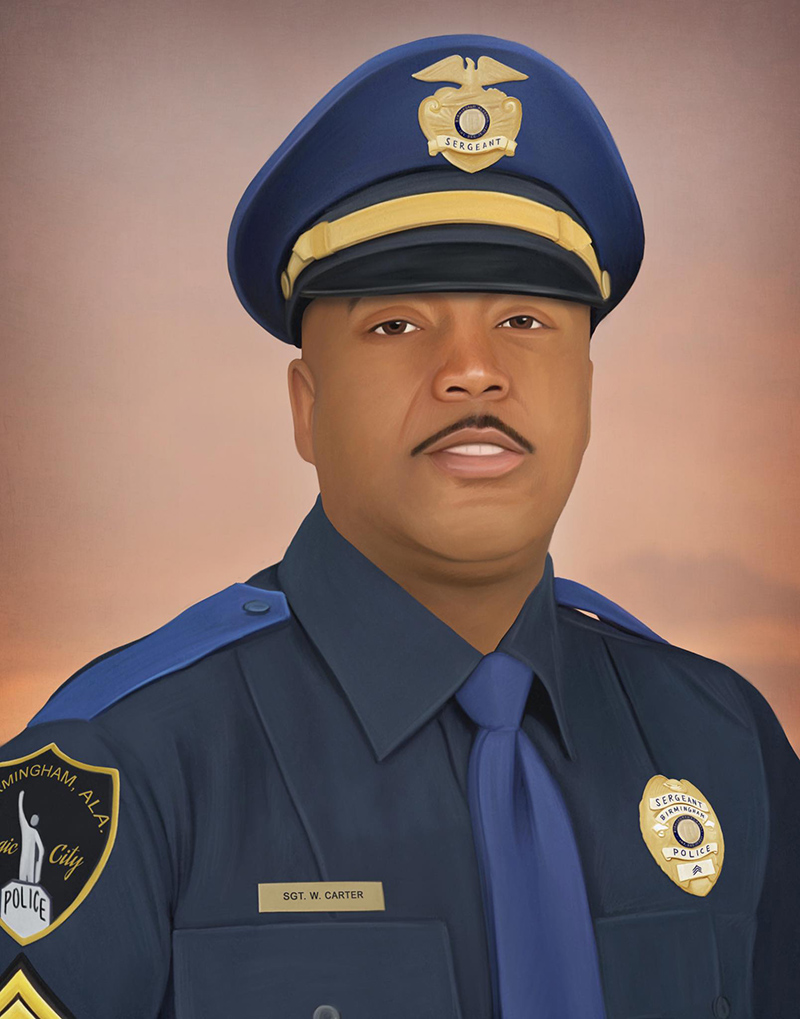 Q: How do you distribute the pictures to the family?

Officer Castro: Each portrait is professionally printed and about (10) 11’x14″ prints are packaged up and shipped to each officer’s family or their department with a note to ensure the family receives them. In the event the fallen officer is local and I’m able to provide them with a large 16″x20″  framed canvas, I try and ensure they have it in time for the funeral services. It is all done 100% free of charge and paid for out of pocket. I’ve never charged anyone for a painting of the fallen and I never will.

Officer Castro: I use a Wacom Display tablet that is connected to a MacBook laptop. I draw the portraits by hand and then paint them digitally using the painting feature on PhotoShop. The finished file is saved as a high resolution photo and sent off to be printed. 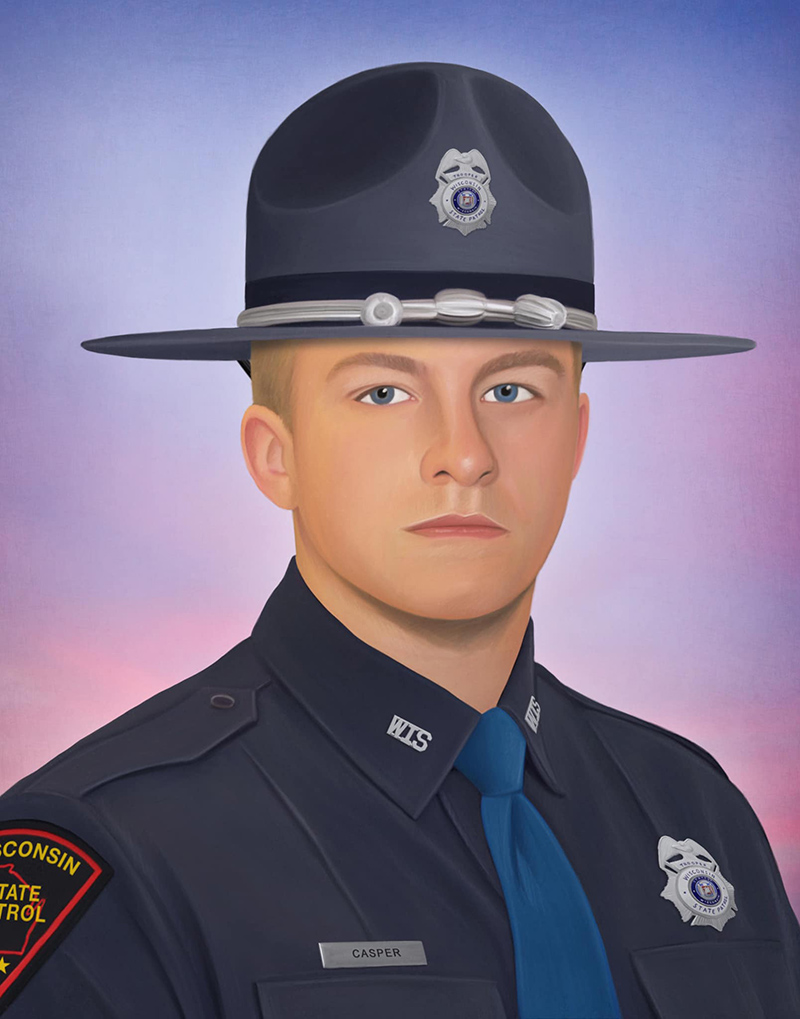 Q: Tell us about the recent award you won?

Officer Castro: My supervisor and another supervisor in my department both got together and submitted me for our Medal of Excellence for doing these portraits of our fallen officers. It’s the fourth highest award in our department. I honestly had no idea that they recommended me for it until a few days before the award ceremony. It’s definitely one of the high points of my career. 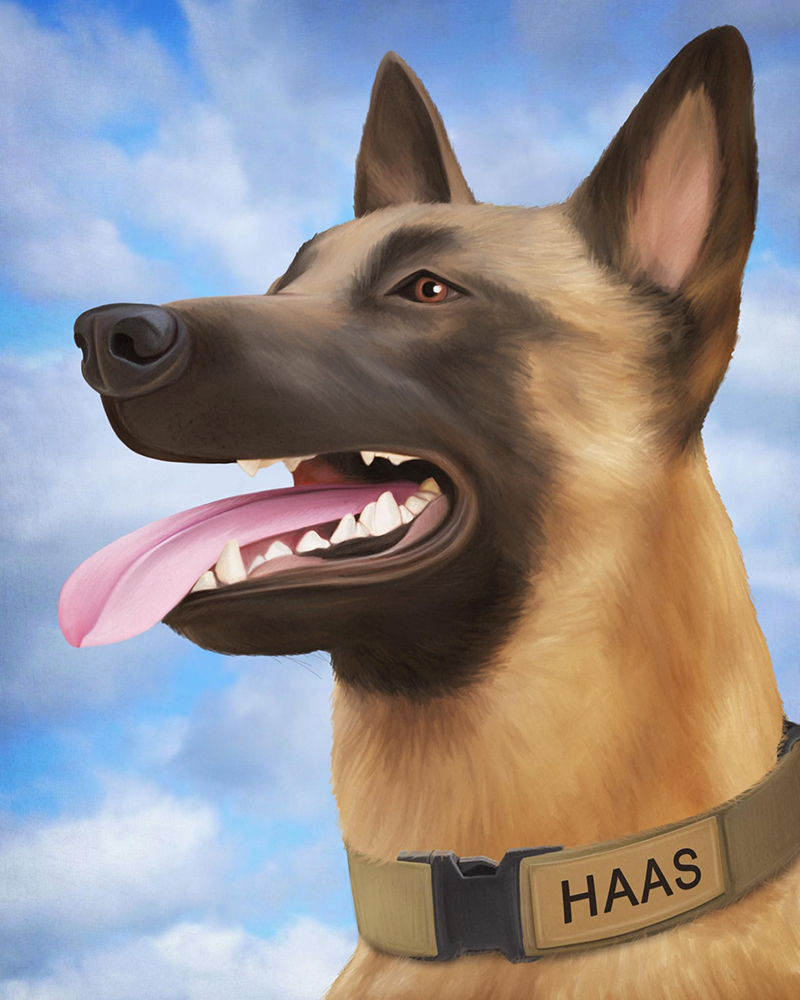 Moments of Heroism honors sworn law enforcement officers – active, retired or fallen – that go above and beyond the call of duty. For each submission, the Motorola Solutions Foundation donates $10 USD to the National Law Enforcement Officers Memorial Fund.

Today, we honor Officer Jonny Castro and his selfless acts of painting those responders who have given the ultimate sacrifice. He has touched 431 families through his portraits, each painting a special memory they will never forget. Learn more about Officer Jonny Castro’s work and the portraits that honor brave first responders.

Honor a hero today, submit a Moment of Heroism.