What Can a Fisherman Teach us About Implementing Complex Public Safety Programs? 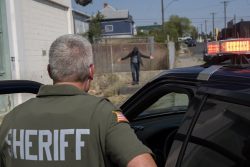 The last thing that Brian could have imagined as he processed a video tape was that his actions would become the vision of a local fisherman set on changing “the way things were” nationally. In January of 2006, Brian Morgenstern was working at the Circuit City in Cherry Hill, New Jersey, when a customer had come in to drop off a video taken a few days earlier from an outdoor gathering in the Poconos. The customer asked that the video be converted to DVD. As Brian began processing the video, he quickly noticed what he considered alarming behavior. The subjects in the video had recorded themselves shooting semi-automatic weapons, playing paintball, and riding horses. But what caught Brian’s attention was what the men were shouting when shooting the weapons. He associated this behavior with terrorist training, so he contacted his local police department.

Brian’s report to the local police quickly made its way through the county, the state, and then ultimately ending up at the Federal Bureau of Investigation (FBI). His report of suspicious activity when combined with another investigation the FBI was running soon coalesced into a successful counter terrorism investigation netting six terrorists. The “Fort Dix Six” case involved six radical extremists that were all ultimately found guilty of conspiring to stage an attack against United States Military personnel stationed at Fort Dix, New Jersey.

Brian’s notification to local law enforcement set-in motion an information-sharing response that led to the prevention of what would have been a horrific terrorist attack and in doing so, saved countless lives. While the event made national attention, and landed Brian a place in history as a hero, there was someone else that would be greatly impacted by this event, which would – in time – have a lasting impact nationally. This someone else had been wondering for some time how many more “fish were swimming in this new sea of terror” moving unseen well below the surface. This other person knew that Brian’s story could be the catalyst for implementing a new way for leveraging suspicious activity reporting in the United States to prevent terrorism. 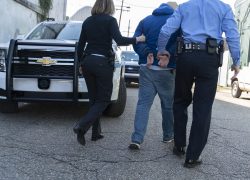 On February 20, 2020, the nation lost – due to illness – an unsung hero in the fight against terrorism and the advancement of professional policing measures. Thomas J. O’Reilly of Hamilton, New Jersey, was a legend in the public safety domain and was responsible for developing so many creative and collaborative relationships in the law enforcement, counter terrorism, and homeland security domains. At the time of this death, Tom was the Executive Policy Advisor for the Rutgers Institute for Secure Communities, Center on Policing. He was considered an expert on best practices in sharing intelligence and creating collaborative environments across all levels of government and was instrumental in mentoring public safety professionals through the application of technology needed to support public safety initiatives.

Yet, even with this storied background, Tom was a soft spoken and humble public safety servant. But to those that knew him, Tom considered himself just another fisherman. He knew just how to leverage the lessons of angling to advance crucial programs, initiatives, and strategies to elevate and enhance missions within the public safety domain. While he started his career with the Trenton Police Department as a public safety planner, and spent many years with the New Jersey Attorney General’s Office as an administrator, he came to national prominence after being appointed by the United States Attorney General as the Director of the Nationwide Suspicious Activity Report (SAR) Initiative Program Management Office. His charge was colossal: to implement the SAR program to all fusion centers nationwide, state and local law enforcement and the major law enforcement components of the federal government.

Tom became engrossed with the Fort Dix Six case because it represented the model situation where suspicious behavior when communicated through all levels of government in a timely and efficient manner could prevent terrorism and save lives. Everything he had learned told him that what happened in the Fort Dix Case, where a citizen after “seeing something” suspicious and then “saying something” to his local police agency needed to be modeled across the nation. He believed that SAR was an indispensable counter-terrorism tool. In pursuit of his vision, he never once abandoned the need to safeguard the civil rights and liberties of the nation’s citizens in a program designed to ferret out terrorists. His insistence on focusing on suspicious behavior and not on race, ethnicity, national origin, or religious affiliation has allowed it to remain in operation for over a decade.

While the nationwide SAR initiative is a permanent fixture in our nation’s homeland security arsenal, the implementation of such an effort wasn’t easy. Bringing together multiple federal agencies, state and local authorities, and a host of other governmental entities required not only a strong leader, but one who could leverage relationships and the experiences he endured throughout his career. Nonetheless, when one would ask Tom what the secret behind crafting, implementing, and managing such an enormous effort he would quickly reflect on the lessons he learned as a fisherman. Those lessons are as important today for public safety professionals as they were in the wake of September 11, 2001, when change was critical to the safety and security of the United States.

The need for innovative public safety initiatives, whether in the domains of crime, counter terrorism, or pandemic crises, will always exist in a civilized society. Yet challenging the status quo, bringing diverse entities together, and cultivating a culture of collaboration will always be the bane for those public safety professionals looking to make a difference. In the wake of our nation’s worst terrorist attack, Tom O’Reilly rose to the occasion to develop a nationwide information-sharing program designed to protect Americans. He attributed his success to his experience as a fisherman. The lessons he provides can assist us as we seek to enhance public safety and implement new and exciting programs and initiatives.

“Perhaps I should not have been a fisherman, he thought. But that was the thing that I was born for.” ― Ernest Hemingway, The Old Man and the Sea

To learn more, read our Guiding Frameworks for Strategic Policing.