In 1991, the ASTRO system was born. With the anticipation of Project 25 (P25)–designed to create a user-driven, flexible, and open standard for radio communications–Motorola built ASTRO as a land mobile radio (LMR) platform to comply with the P25 standard. To celebrate ASTRO’s 25th year, this series will look at the past, present, and future of ASTRO 25 and answer the most pressing questions being asked by radio users today. 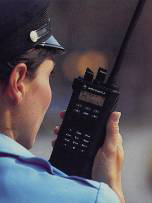 Even while P25 was being developed as a digital standard, Motorola was building ASTRO as a digital LMR system. ASTRO was the first two-way radio system that sent voice and signaling messages simultaneously. Unlike analog, a digital signal channel can be split into separate pieces – one sub-channel can carry the voice while another sub-channel can carry information like user ID or emergency status. That way, the radio can get and act on both types of information simultaneously.

P25 came about in response to radio vendors migrating their systems from analog FM modulation to digital. When everyone used analog, interoperability was taken for granted, but as agencies began to shift towards newer digital technology, the issue arose in which systems could have become incompatible and prevented some neighboring agencies from communicating at all. To address this new problem head-on, APCO and NASTD came together to develop a universal standard of radio operability, and thus, P25 was born. Designed to be user-driven, evolve over time, and open to encourage competition, this new standard redefined the future of two-way radio communications. Motorola converted ASTRO to be compliant to the new P25 standard and changed the name to ASTRO 25. ASTRO and ASTRO 25 are often used synonymously and refer to the same Motorola P25 compliant systems in use today.

ASTRO 25, Today
ASTRO has undergone an extensive evolution, and changes continue to this day. Since the 1990s, ASTRO 25 has added Phase 2 TDMA functionality that doubles the number of voice calls that can be carried, as well as incorporated the ISSI Interoperability standard, which describes how two independent P25 systems can interoperate together – regardless of the vendor. To accommodate other everyday needs, ASTRO 25 enables dynamic regrouping, allowing users to be grouped together in real time, and has added GPS transmission capabilities, text messaging, and personnel location and accountability.

The hardware itself has also been updated over time. More features are deployed using fewer components. This increases reliability, decreases physical size, and reduces the cost of power and cooling. To accommodate rapid IT changes, ASTRO 25 now comes with a technology refresh lifecycle management program that helps manage the transitions as they arise. In aggregate, more than 1,000 changes have been made to ASTRO 25 to keep it fresh and future-ready.

ASTRO 25 systems are used all over the globe. While North America is often considered its hub, ASTRO 25 has many users in Latin America, Asia-Pacific, Australia, Africa, and Europe. It is the go-to system for police, fire, EMS, military, petro-chem, and power generation and distribution agencies across the world.

ASTRO 25, In The Future
Convergence is the future of ASTRO 25, and radio systems of all types. This is already taking shape as LTE and broadband are being widely adopted as complements to LMR, and voice and data capabilities merge. Products like WAVE are enabled on ASTRO 25 to bridge LMR and broadband devices. Similarly, Motorola’s Intelligent Middleware is the path towards convergence of data services between ASTRO 25 digital LMR and broadband data services. Partnerships will also pave the way forward for ASTRO 25. For example, the Genesis suite of applications takes raw data collected by ASTRO 25 about its operation, and transforms it into easy-to-understand information about the system’s current state.

In the next 25 years, ASTRO 25 will evolve to meet the needs of the changing communications landscape. It will work alongside LTE and broadband, and at its core, it will continue to deliver mission-critical communications, and make the difference in the moments that matter. 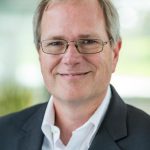