Treasured as these cameras are, administrators still have to find a way to pay for them. That often means doing a cost-benefit calculation to justify making BWCs a budget priority over more patrol cars or new radios. What is the real return on investment of a BWC program? 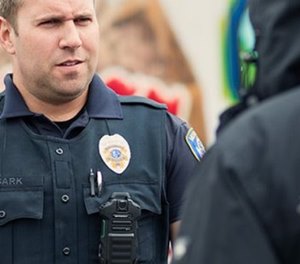 Take a few moments during a training session and work on your fireground communication skills. (Photo/Joe Thomas of Greenbox Photography)

The first observations made by officers at crime scenes are often the most compelling. When the battered spouse answers the door with fresh bruises on her face, or a negligent driver who hasn’t settled on which lie he’s going to tell first speaks to the officer arriving on scene, that officer gets the best elements of his probable cause.

In a conventional investigation, that evidence is either lost or is diluted by having to delay taking photographs or gathering written statements. When the officer’s BWC is running from the first moment, then that initial impression isn’t reserved for the officer alone. He can show that video in court, or to a prosecutor or defense attorney, and undermine defense strategies. This means shorter, maybe fewer trials, with more convictions, and overall reduced costs.

The autonomous nature of police work makes it difficult to supervise individual officers and know their practices. When supervisors review BWC output, they get a candid perspective on their officers’ performance, one that is not tainted by knowing the sergeant is on scene, watching the incident unfold.

Officers who review their own video will notice both mistakes and habits that produced good outcomes. The supervisor and officer become more of a team, coaching and encouraging the best practices that make for better public satisfaction and more successful officers.

The BWC footage can also help to identify police training gaps that can be addressed before a serious incident occurs. The upshot is a better-performing patrol force and reduced officer attrition.

Detractors of the police believed that BWCs would demonstrate to the world how cops were using force without justification, targeting minorities and behaving disrespectfully to the public. While there have been a few incidents where this happened, most complaints where the officer’s behavior was documented by a BWC vindicated the officer, and showed that the complainant created most of the problem and/or fabricated the complaint.

A study performed by CNA, a nonprofit research and analysis organization located in Arlington, Virginia, for the Las Vegas Metropolitan Police Department (LVMPD) compared the cost of performing misconduct complaint investigations with and without BWCs. CNA found that a complaint that did not involve a BWC took an average of 91 personnel hours and cost $6,776. When there was a BWC documenting the incident, the hour count went down to 7.33, at a cost of $554. CNA estimated that LVMPD avoided $4,006 in complaint investigation costs per year for every BWC user involved in the study.

The same study showed that about 2/3 of the complaints against BWC-equipped officers could be cleared by reviewing the camera footage alone, avoiding the need to interview witnesses and gather statements.

CNA also broke down the total costs of LVMPD’s BWC program, to include costs of hardware, licenses, infrastructure upgrades, training, monitoring use and responding to requests for camera footage. They placed the cost per user at $1,097 in 2014. This figure does not reflect the aforementioned cost avoidance of investigating personnel complaints.

Even though the LVMPD study was based on a limited deployment, the cost savings were remarkable, far outpacing the cost of the program itself. A smaller agency might not see savings of this magnitude. Agencies of any size, however, will see greater transparency and better accountability to the public, which is of immeasurable value.

It remains that most agencies, large and small, that have implemented BWCs have found them sufficiently worthwhile to continue the program, even if requires a significant capital expenditure. It’s one of a few innovations well-supported by both the public and the police.

Tim Dees is a retired police officer and the former editor of two major law enforcement websites who writes and consults on technology applications in criminal justice.