Part 3: The Power of Communication

Trying to Fix the Communication Problem

When I worked as an Intelligence Officer, shift briefings always seemed to start the same way – officers would come in, make fun of each other for a few minutes, get their zone assignments and leave. If an important incident occurred that everyone needed to know about, then the previous shift’s Sergeant would tell the on-coming Sergeant so these details could be passed on to the next shift. But besides those specific instances, not much information was being shared between the different shifts.

For the most part, our teams were able to get by with these kinds of briefings for years. However, I don’t think any of us ever really took into consideration how much information was failing to be passed on. Several officers who recognized that there was an issue began coming in at the end of their work day to sit in on the next shift’s briefing. It was here that they would pass along details about what happened during their shift that day. This was a great start for giving the following shift a heads up of potential problem areas they should be aware of.

Although this idea of fixing the shift communication problem started off great, it wasn’t done on a consistent basis. Officers would get back into the old habit of not briefing the on-coming shifts and we’d be back where we started – with a gaping lack of communication between our teams.

This on-again, off-again communication between shifts was proving not to be an effective way to pass along vital information. Then another communication problem appeared: information that was being shared between one day shift and night shift was not making its way to the next day’s rotation of officers. It became glaringly apparent that there needed to be a practical and efficient system to pass along incident information between all of the shifts. Especially because the day shift and night shift officers were most likely going to be handling the same types of calls and dealing with the same people. It makes sense that the officers should all be made aware of important incident details to help with situational awareness and a better understanding of what to expect.

And so, while having an officer come into the next shift’s briefing was a good place to start for fixing the communication problem, that on its own was not the answer. I’m pleased to share with you that after several years of semi-effective communication, the department came up with a process to fix the problem; something that would finally detail all of the events of the previous shift, whether an incident report was written or not.

Next time, I will talk more about what steps the department took and how they solved the communication problem we were experiencing between shifts. Let me tell you, it definitely helped both officers in the Patrol division and me as an Intelligence Officer.

In the meantime, you can discover more resources as well as information on how to unlock the power of your public safety data here. 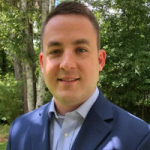 Justin is a public safety consultant with Motorola Solutions’ Consulting Services team. He comes from the Covington Police Department where he worked as a Patrol Officer and a Crime Analyst. Justin is determined to help agencies reach their strategic goals by bridging the gap between technology and policing.