April is 9-1-1 Education Month. Throughout the month this blog series will highlight many aspects of the emergency response and pay tribute to the men and women behind the call for help.

I heard about the tornadoes on the news – it looked frightening, and the aftermath was devastating to say the least. As days passed, I was grateful to learn lives were not lost in the disaster. But I wanted to learn more, so I reached out to the Director of Operations at Orleans Parish Communications District, not knowing what to expect. In response, I was told the story of the resilient people behind the scenes. I wanted others to understand them, to hear them, to meet the faces behind the call for help.

I had wanted to learn more – and learn more I did when I met the telecommunicators who took on New Orleans’ biggest tornado this February. As the story of their determination started to unfold, it became clear that these heros were unseen, but irreplaceable nonetheless. These are the hidden heros of 9-1-1. And this is their story:

New Orleans is a city that expects hurricanes, not tornados. But on February 8, 2017, New Orleans was hit by the strongest tornado the city ever recorded. Wind speeds topped 150 mph and nearly 700 homes were damaged in five parishes. Many surprised New Orleanians found themselves looking down the barrel of a monster. First responders from across the city—Police, Firefighters, and EMTs—mobilized to rescue people trapped in the storm’s path or from the collapsed buildings left in its wake.

But they weren’t the first first responders to take action that day. Behind the scenes, a group of 9-1-1 call takers and dispatchers were working together under enormous pressure to field the flood of calls spurred by the natural disaster. Their composure kept panicked citizens calm. Their expertise drew out the information police, firefighters, and EMTs needed to locate and rescue the storm’s victims. And their compassion helped thousands of people get through some of the most terrifying moments of their lives.

These hidden heroes rose to the occasion on a day few thought they would ever see. But this is just one shining example of what 9-1-1 dispatchers and call takers do every day around the country, to keep both citizens and responders in the field safe. Their dedication inspires us to keep innovating so every responder can be their best in the moments that matter.

We’re forever grateful to the telecommunicators who are behind the scenes of public safety but are always there. Thank you.

Help us honor them during National Public Safety Telecommunicators Week by telling their stories with the hashtag #DutyRunsDeep. 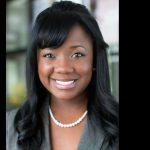